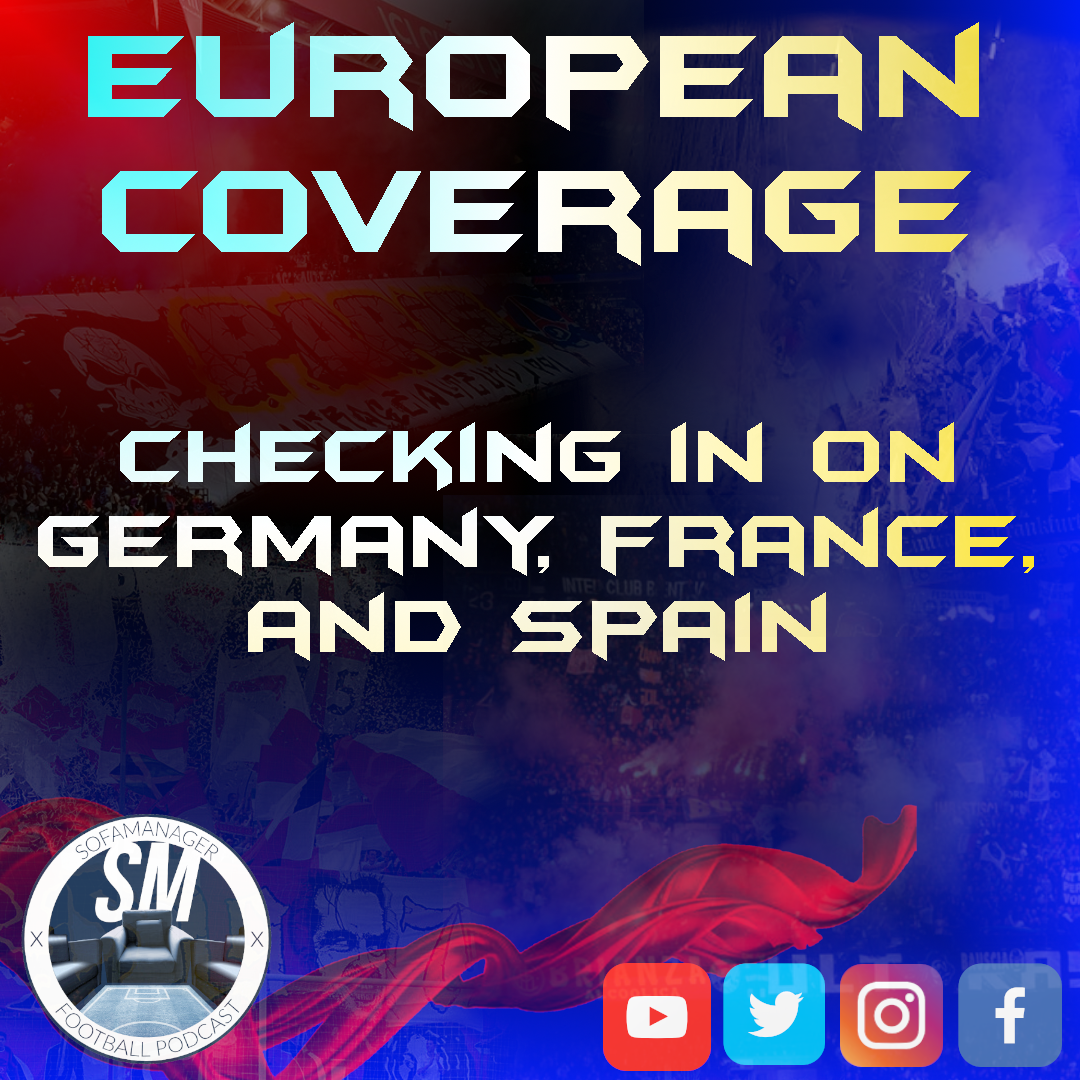 European Leagues are mostly all underway now, some even a whole two or even three games in! Since there is no rest for the wicked, I’ve tried to pick out some of the interesting outcomes from the early part of the bigger leagues across the continent. In future I will include Serie A in this but I have just written a full Serie A Preview for the start of the season in Italy.

Straight off the bat but do Hertha Berlin looked doomed? Two losses from two, required a 90th minute winner to beat 3. Bundesliga side Meppen, and thought signing Kevin-Prince Boateng was a good piece of business. The Capital side do not have a great squad and needed a complete overhaul after barely surviving last season. That’s not materialised and the very likely depature of Matheus Cunha to Atletico Madrid only compounds the problem. We’re only two games in but it must be a concern for the Ostkurve faithful.

Bochum, fresh from 2. Bundesliga, managed to get a win in the top-flight for over a decade at home to Mainz. From the highlights the pair are likely to be battling at the bottom of the league (too soon to say it was a 6 pointer). However, please go check out Holtmann’s goal for Bochum because it’s sensational. He picks the ball up from the half way line, head down, and dribbles beyond the entire Mainz team to slot home from the 6 yard box. Cliched but if Neymar had done it we’d never stop seeing it!

Other interesting Bundesliga snippets are that Dortmund will be as frustrating as ever away from home. Bayern Munich will win the league and Hoffenheim could be on for a decent season could push for Europe. They thrashed Augsburg 4-0 away from home and drew 2-2 with Union Berlin the following week to make them a side worth paying attention to this season. I also really like their home kit which immediately makes them great in my eyes.

Who is this Messi fellow people keep talking about? Yes, the world’s most financially and morally bankrupt league is also two games in and not a huge fanfare. Only Barcelona and Real Madrid have, shockingly, remembered you can score goals in football. But that doesn’t mean it’s a one-two finish. Oh no, because this is Atletico Madrid’s time to shine. A 2-1 win away to Celta Vigo then a 1-0 win at home to Elche keeps them top. With their squad (and the signing of Cunha from Hertha) there’s a realistic chance they’ll retain their crown.

But I want to look at Real Mallorca because it still tickles me that the tiny island in the sea has a top-flight team once more. I have a strange mental block when picturing a side having to FLY to every away game and likewise every visitor FLYING to the party island. It’s fantastic and I’d love to get to a game. Let’s put that to the side and say fair play on the results so far. A draw at home to Betis is good and a win not quite on the road to Alaves is a huge 4 points early in the season.

The last thing to note on La Liga so far is that Rayo Vallecano are in for a brutal season. A side which finished 6th in the Segunda Division and shocked Girona in the play-offs are maybe over-stretched this season. There’s no shame in losing 3-0 to Sevilla and 1-0 to Real Sociedad away from home, but another loss to Granada next weekend and it’s ominous.

Have you all stopped fighting each other yet? It’s well known the French love a good riot, can almost admire them for it, but it’s difficult not to condone the behaviour of the Nice fans and the Marseille staff from the other night. Strip it all back and you have an idiotic fans (with great aim) lamping Payet with a plastic bottle. Payet goes down like he was assassinated to miraculously recover and lose his sh*t by throwing several bottles back. The Nice Ultras – who can dish it out but can’t take it themselves – try to riot. One shambles after another. An omnishambles if you would. Oh and factor in the Marseille coach decking a Nice fan, the Marseille coach doing his absolute nut, and the local Nice Gendarmerie declaring it safe to carry on the game. It’s absolutely mental. The game was abandoned.

Thankfully the events in Nice stopped everyone talking about Leo Messi rocking up at PSG. He, along with Ramos and Donnarumma, are yet to actually play any part in a PSG side that are three wins in three. It’s a lot of money to spend on trying to overcome Lille in the league, retain the Coupe de France, and get to the semi-finals of the Champions League.

If you want a decent side to watch in France keep an eye on Angers SCO at the beginning of this season. I’m not saying they’ll challenge for the league but they’ve had a great start. A 3-0 win over Lyon – who have a decent squad – is incredible and the 1-1 draw away to Bordeaux adds to the intrigue. There was the formality of a 2-0 win away to Strasbourg in there too.