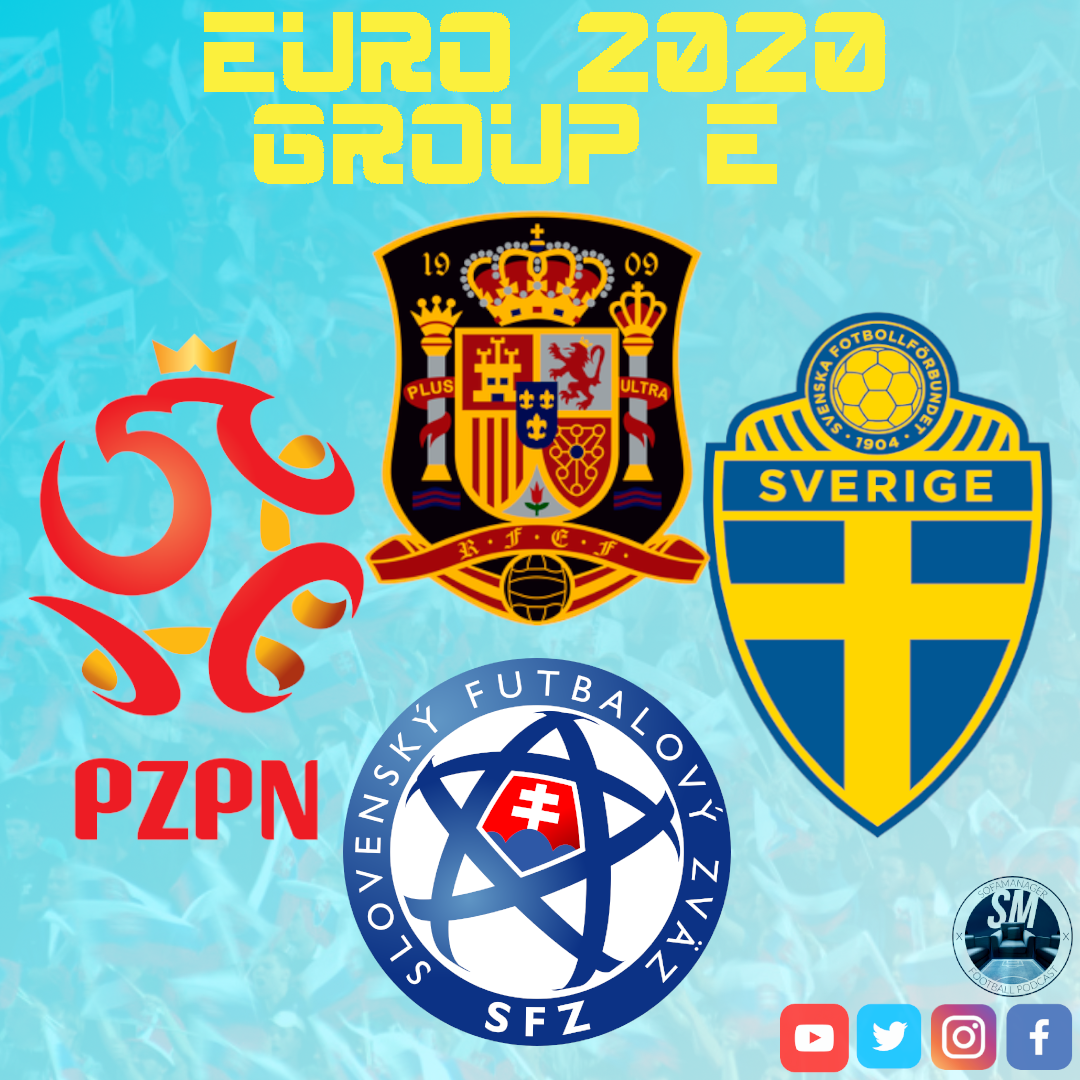 Perhaps it’s because the UK media is dominated by England coverage, but Poland haven’t had a huge amount of coverage. Its certainly not a strong squad of players – and in any other Group they might struggle – but Group E is comparatively weak. Robert Lewandowski (Bayern Munich) has got to fancy himself against Sweden and Slovakia. But there’s some names I was looking through thinking where are they?!

Arkadiusz Milik (Marseille) has withdrawn through injury which is a blow. Łukasz Piszczek has now retired from football completely and Kamil Grosicki (West Brom) has not been called up. Even just a few years ago at the 2018 World Cup these guys were a big part of the squad. So there’s a change to the squad but I still think there’s enough to get out the group. Goalkeeper and defensive is both settled and experienced. Klich (Leeds United) and Krychowiak (Lokomotiv Moskow) in midfield is again very strong. and yes, there’s Lewandowski up front, you cannot discount that!

Had Italy not pulled an absolute stunning home kit out the bag, Slovakia would be rocking up to Euro 2020 with the best home top of the tournament. Does the squad match the style? Sadly for Slovakia it probably doesn’t. But they’re another side whom will fancy a chance at sneaking through in 3rd place and Group E, as I’ve said, is fairly even.

I don’t know a great deal about the Slovakia squad and it’s hard to really judge what they’re all about. Scotland defeated them 1-0 at Hampden back in October 2020 and then Slovakia got the reverse result back in Trnava a month later. And looking at their World Cup Qualification results so far, it’s a mixed bag; draws with Cyprus and Malta, yet won against Russia.

Rightly or wrongly – and I can’t really decide why – but I don’t hold out much hope for Spain to be a ‘force’ at Euro 2020. It’s maybe because I still view Spain as going through the final stages of a squad recycle. They’ve also picked only 24 players rather than 26 which is frankly mental if Spain had any intention of going far into the tournament. I know they’ve got a strong XI but to not utilise the full 26 is strange.

There was certainly a bit of apprehension when Sergio Ramos didn’t make the squad but the call-up of Aymeric Laporte (Manchester City) should put those fears to rest. If Thiago (Liverpool) can keep himself injury-free that’s also a big positive for Spain. However, it’s when you look out-with the probable starting XI that’s where the question marks lie. I don’t think they’ve enough forward strength in there and the defensive doesn’t fill me with confidence.

Only one name you need to know for Sweden if you’re a Scottish football fan and that’s Jordan Larsson (Spartak Moscow). The son of Celtic, Barcelona, and Manchester United legend Henrik, Jordan is likely to be in to make his competitive debut for Sweden after accumulating 8 caps in friendly matches. Mikael Lustig (AIK), Filip Helander (Rangers) are other names that will be familiar to Scottish viewers…can we just adopt Sweden if Scotland’s campaign goes awry??

The Swedes are also in good form going in to Euro 2020, 5 wins in a row albeit against slightly weaker nations. But you can only defeat what’s in front of you and Sweden have a very good chance of progressing. They will get the trickiest tie out the road first with Spain in Seville before heading to St Petersburg for matches against Slovakia and lastly Poland. The squad and their schedule lends to a potentially good Euros for Sweden.

I will hold my hands up and say I rushed in way too quickly when putting my Group Winner ACCA together. For Group E I’ve picked Poland which I now regret slightly. The Group is really difficult to predict. Why did I pick Poland? Lewandowski is the difference maker between all four sides here. Spain have a good starting team but literally any injury to a key player and it’s curtains. My biggest concern for Poland is their schedule.