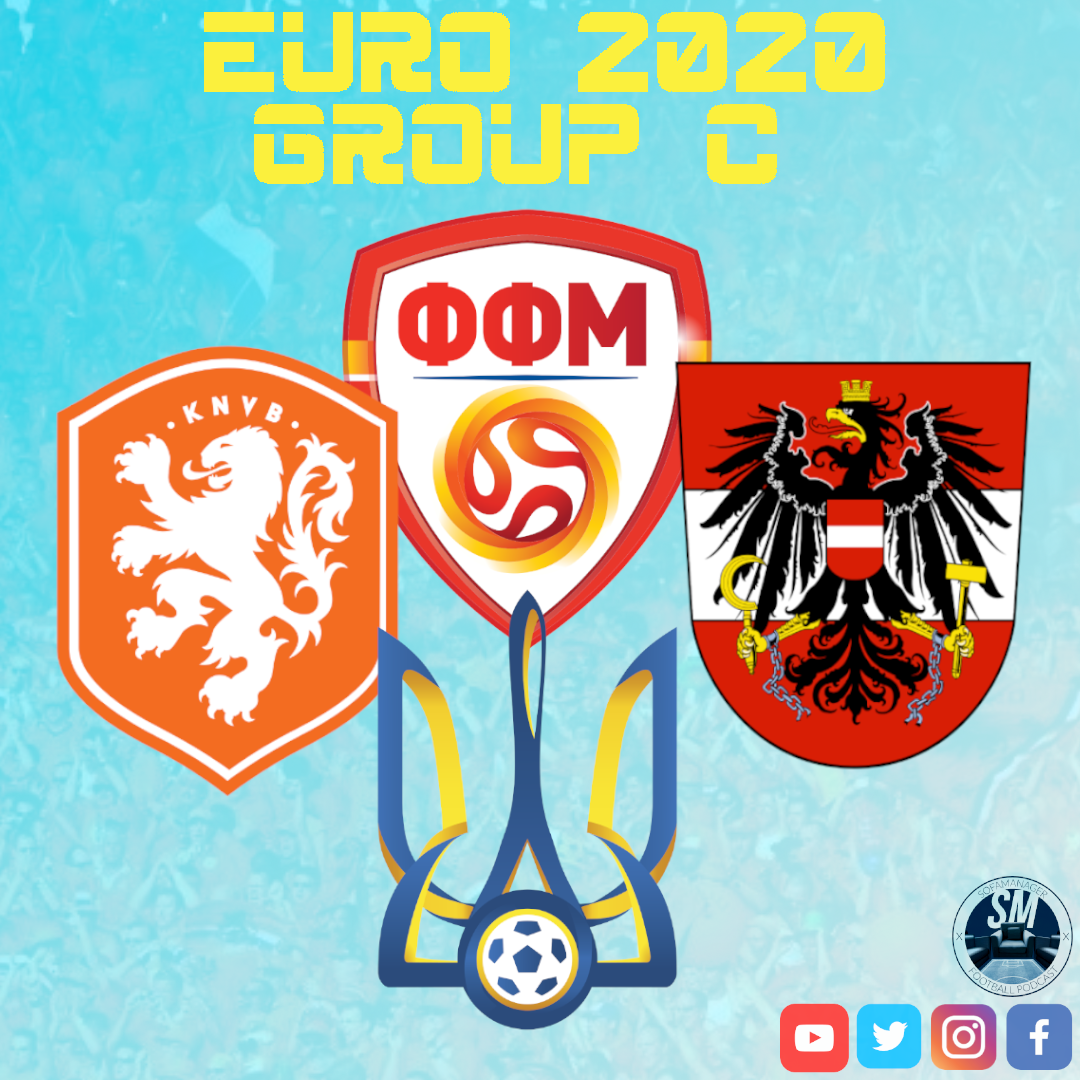 For Scotland fans, Austria are relatively fresh in the minds following the 2-2 draw in World Cup Qualifying back in March. I can’t say I was overly impressed and they did look a team of similar quality to Scotland – make of that what you will. However, they do have one or two players to look out for; namely David Alaba (now Real Madrid) and Sasa Kalajdzic (Stuttgart) whom the Austria team will rely upon. Also look out for one Marko Arnautovic (Shanghai Port) who might make a subdued return to the European football scene.

In a way Austria have gotten quite lucky in Group C. The Netherlands have question marks still hanging over them, Ukraine are on a par, and North Macedonia are a complete unknown. The two host cities of Amsterdam and Bucharest are also not as extreme as some of the other combinations either. In other words don’t be surprised if Austria do qualify and don’t be surprised if they’re heading home early.

I wonder if it’s more a sigh of relief more than anything else that The Netherlands have qualified for a tournament again. Missing out on Euro 2016 and then the 2018 World Cup – the first time since the 1960s The Netherlands had missed two consecutive tournaments – was a shock to most. It certainly mirrored a period where the Dutch squad was going through a changing of the guard with the likes of Robben, Huntelaar , Van Persie, Sneijder, and Dirk Kuyt not long falling out the International fold after the 2014 World Cup.

However, there’s a new crop of Dutch Internationalists which do make you a little excited! Matthijs de Ligt (Juventus) and Donny van de Beek (Manchester United) are destined to be the faces of the Dutch National Team for years to come. Van Dijk (Liverpool) desperately misses out, however, due to injury and that’s a huge blow. In fact just that one omission puts a slight question mark over the side. Luuk de Jong (Sevilla), and Memphis Depay (Lyon) are therefore seen as the senior players. I’m on the fence all things considered. The Netherlands will probably progress – all 3 games are being played in Amsterdam – but I don’t think they’ll go much further than that.

As statements go, Ukraine’s decision to put the full national border on their shirts is up there as the most contentious. Showing the annexed Crimea and Donbas regions. It doesn’t particularly irk 22 of their competitors but it’s properly rattled Russia. Just a good a job there’s almost no possible permutation that can see the pair meet until the semi-finals (I think).

Now that my recent searches are currently pinging round The Kremlin, let’s look at the Ukrainian Squad. They breezed through the qualifiers with 6W, 2D, 0D in a group that included Portugal and Serbia. However, the form since then has been poor. 3 draws in the World Cup Qualifiers – all 1-1 against France, Kazakhstan, and Finland – doesn’t mirror their Euro 2020 Qualifying form. But, the two warm-ups against Northern Ireland and Cyprus they have looked better. Because the group is much of a muchness I wouldn’t be shocked to see Ukraine through to the final 16.

It would be easy to write North Macedonia off straight away. A small Eastern European nation with little independent footballing history. A nation ranked 62nd in the world. A goalkeeper who plays in the 2nd tier of Spanish football with Rayo Vallecano. Superficially speaking, North Macedonia could be the weakest team at tournament. They could well be, but do not discount their incredible 2-1 win away to Germany at the end of March. That puts a question mark over everything else.

Of course, there will probably be an over-reliance on one Goran Pandev (Genoa). But he will be supported by Leeds wing-back Ezgjan Alioski and young Napoli midfielder Eljif Elmas. So I’m not sure what to make of North Macedonia. There’s always a nation that causes some upsets along the way at a tournament – could it be North Macedonia? Ehm probably not because I want it to be Scotland!

Which means it’s all to play for going into Game 3. North Macedonia finish up in Amsterdam to play Netherlands and Ukraine v Austria takes place in Bucharest. Netherlands should get their first win of the tournament – albeit the pressure will be significant – which will take them to 5 points and possibly finish top. Top spot will be dependent on whether there’s a winner between Ukraine and Austria. Either way, it’s another Group where 3 teams could progress.