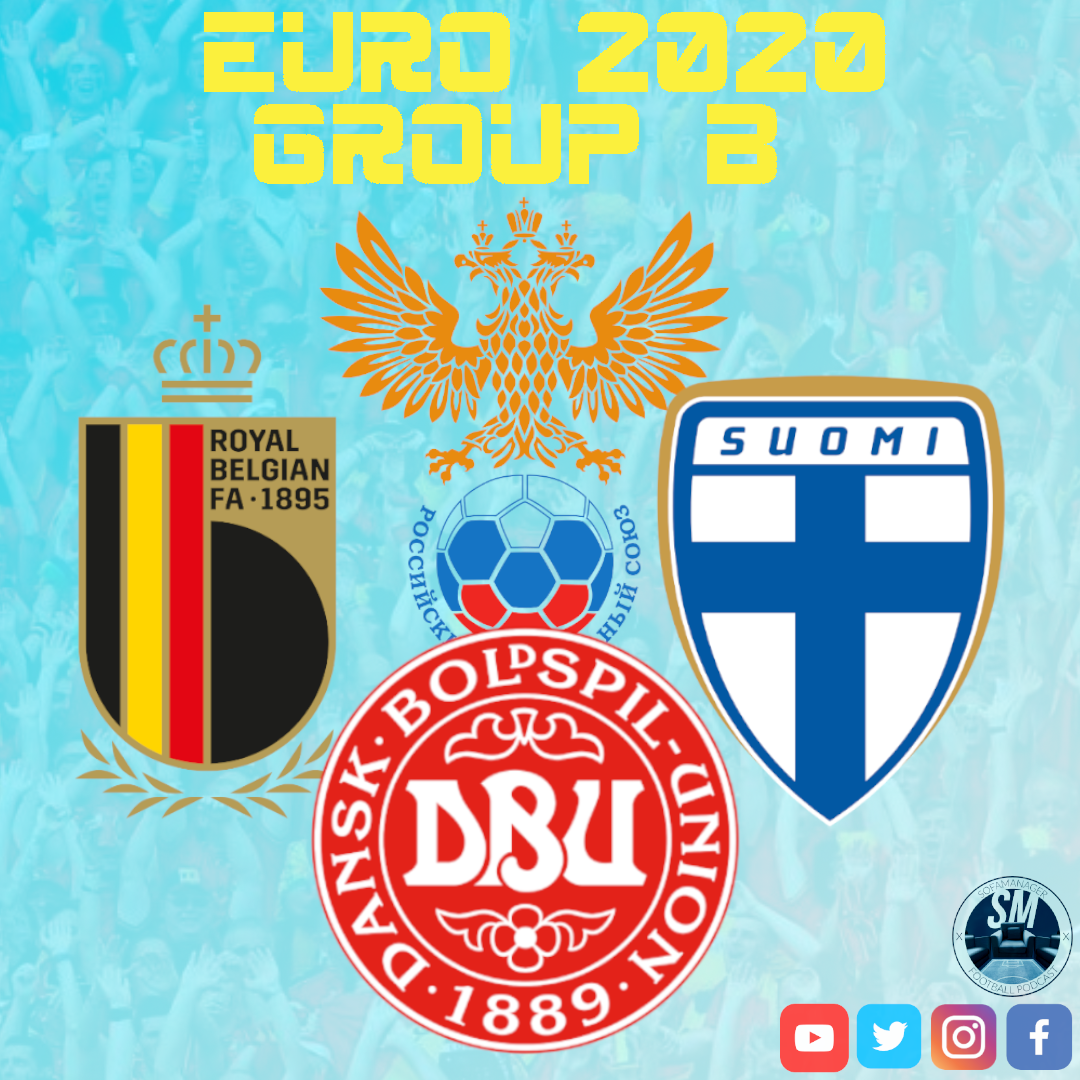 Could Denmark emulate their 1992 success? Mmm probably not. However, don’t take that as a dismissive ‘mmm’. That is a ponderous noise because, in truth, Denmark are a bit of a dark horse this year. Only one team has defeated Denmark since September 2020, and that was Belgium who they’ll face in Group B. Take them out the equation and Denmark are on fantastic form with a strong squad.

Arguably they have the best goalkeeper in the world in Kasper Schmeichel (Leicester City); and a defensive pairing on Andreas Christenen (Chelsea) and Simon Kjaer (AC Milan) providing foundation for their midfield and attack to do their thing. Christian Eriksen (Inter Milan) aside Denmark don’t have many ‘big names’ going forward, but you cannot deny they’re a threat as a team. Greater than the sum of their parts if you will. And while Belgium will probably win the Group (and the tournament?) don’t be surprised if Denmark are right on their coattails.

A hearty congratulations to Finland on making it to their first ever international tournament! And while it’s obviously disappointing the Finns will not be able to travel and experience the tournament atmosphere, I’m sure a couple bottles of Koff will make do. Indeed they may need it after seeing the group they’ve found themselves in. I really can’t see Finland picking up a point at all in the group.

They will be competitive, no doubt about it, and do have some interesting players in their squad. For me, I really would like to see Glen Kamara (Rangers) to have a tournament to remember and really get his name out there. I wouldn’t say he’s an unsung hero in Scottish football but he deserves a lot of credit and a platform to show his quality. There’s also Teemu Pukki (Norwich) which anyone who watches English football will know is on terrific form for club and country. Still zero point though, sorry!!!

You can debate whether it’s a positive or not, but I always find it interesting just how much of their squad play in the Russian Premier League. It won’t be a shock to anyone but I don’t know a great deal about many of the Russian players other than Artem Dzyuba (Zenit) who is a complete goal machine and Denis Cheryshev (Valencia) whom had a great World Cup in 2018 but has had a baron season domestically – no goals in 21 appearances for Valencia. I really don’t know what to expect here.

Russia certainly got the better of Scotland during the qualifiers and did look a better side. Indeed they won every game save for the two defeats to Belgium whom they meet again the tournament proper. That’s good form going into the tournament. I’d therefore say it’ll either by Russia or Denmark to finish 2nd, but Group B will be one of the groups where 3rd place also go through. Russia are advantaged, to a degree, by having their first two games at ‘home’ in Saint Petersburg against Belgium then Finland. They then travel to Copenhagen for Game 3 against Denmark.

One of the pre-tournament favourites and rightly so! And while I think their defensive options will ultimately be their Achilles Heel, it’s the attacking options that have everyone in Europe sitting up and taking notice. The Belgian midfield is stacked from De Bruyne (Man City) being the real star to the likes of Tielemans and Castagne (Leicester City), and Carrasco (Atletico Madrid) likely to be in and around the starting XI. There’s also the small matter of an in-form Lukaku (Inter Milan) and a hopeful renaissance of Edin Hazard (Real Madrid) to consider.

For me, in a normal tournament setting, Belgium would coast this group. The squad and manager are comfortably better than anything Denmark, Finland, or Russia will be able to muster. However, this is no ‘normal’ tournament given the vast distances some groups are travelling to fulfil fixtures. Belgium are the most unfortunate in Group B as they travel (presumably) from Belgium to Saint Petersburg for Game 1 against Russia. Then they go all the way back to Central Europe to Copenhagen to play Denmark before going all the way back again to Saint Petersburg to face Finland. I hope Greta isn’t paying attention to any of this.

While distance will be a factor to consider you’d be crazy not to expect Belgium to top the group and potentially win all 3 games. Denmark and Russia will prove quite difficult opponents (particularly with home advantage) but with that squad they’ll have enough. The real challenge is predicting between Denmark and Russia. Certainly from the World Cup Qualifiers for 2024, Denmark are on fire but Russia you just never know. However, I’ll stick my neck out and say Denmark to finish as runners-up and Russia to potentially go through as best-placed 3rd place.

Finland? Sorry boys but you’re in a group of death. I’m sure being a part of the tournament is huge and maybe will fancy themselves to scrape a draw on the final game. However, this is a tough group to be drawn into and to be honest it could be a case of enjoy it, but don’t end up being humiliated at any point.