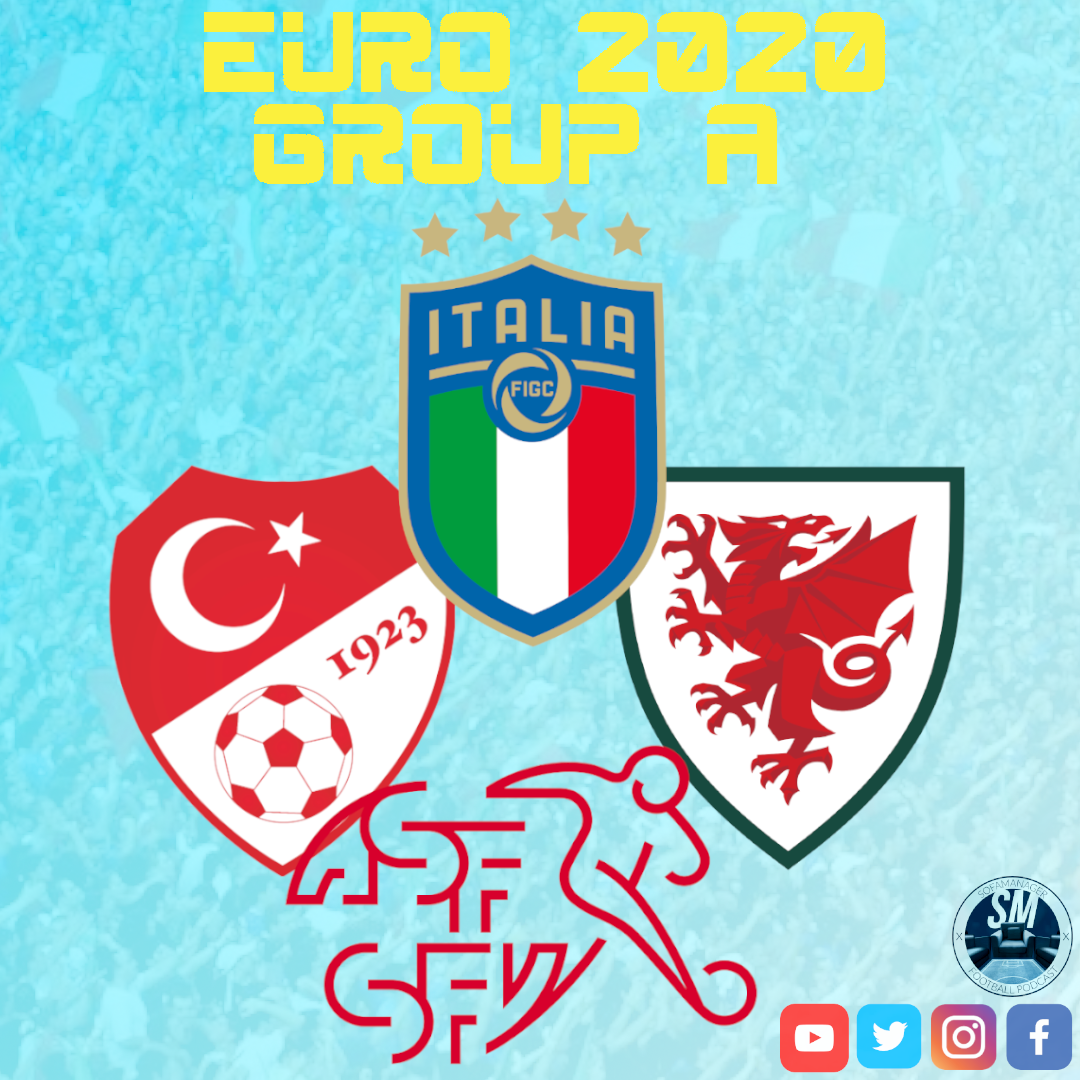 If Scotland weren’t at the Euros this season I would absolutely be supporting the Azzurri this year. The kit, the National Anthem, the style, the history and the passion is captivating. They perhaps don’t have the same level of household names but it’s still a very good squad. There’s experience with the likes of Chiellini and Bonucci in the defence, Verratti in midfield, and Ciro Immobile likely to spearhead the attack.

I would say Italy will get through Group A without much hassle and would expect them to reach the Semi-finals with the squad they have assembled. They certainly have the experience and a released squad that will be typically Italian by being tough to break down and lethal on the break. Roberto Mancini, as manager, is also going into the tournament with a renewed contract and a 70% win rate; the highest of any Italian manager to last more than 20 games. I’m sure he would love to add the European Championship to his CV.

Turkey make their 5th appearance at the Euros this year following their 2nd place finish during the Qualifiers. And looking at the results it’s hard not to be impressed. If only for struggling in both ties against Iceland, there’s every chance Turkey could have finished top of the Group as they defeated France 2-0 in Turkey and then earned a 1-1 draw in Paris. That’s results to make their Group A opponents sit up and take notice of the squad they’re about to face.

The real blow for Turkey is the loss of Cenk Tosun (Everton) who finds himself out injured with a serious knee injury. As Turkey’s top scorer during the Qualifiers it’s really disappointing to see him miss out. However, they still have some quality attacking players such as Hakan Çalhanoğlu (AC Milan) and Burak Yilmaz (LOSC Lille) to rely upon. Given I still think Italy will top Group A, Turkey will likely find themselves proceeding beyond the group stage.

I admit I had forgotten that Wales had qualified for Euro 2020 (sorry). It’s been that long since the Qualifiers it passed me by that Wales, too, finished runners-up in Group E behind Croatia. But I shouldn’t be too surprised Wales have qualified with one of the world’s greatest gol…footballers in the world in the squad. Bale may not have the same standing as he did at club football but you can’t deny he shows up big time for the National Team.

Looking at the potential Wales squad you forget that they do have some really interesting players in there. Joe Allen (Stoke City) has been around the block, Aaron Ramsey (Juventus) can be class on his day, and I adore Jonny Williams (Cardiff City) from his time at Charlton. Daniel James (Manchester United) could also be in line to make a Finals appearance for the first time and it’ll be good to see how he and Bale link up.

And finally in Group A we have Switzerland. Is it rude to say not a huge amount of players in the Swiss squad announced that leap of the page? Possibly. I know a fair amount about Fabian Schär (Newcastle United) as I do follow a lot of Newcastle games for my sins and he’s a good defender. Xherdan Shaqiri (Liverpool) and Granit Xhaka (Arsenal) are also well-seen faces on Match of the Day. Well, unless you’re an Arsenal fan watching Xhaka through your fingers…

Other than the Premier League contingent I’m not too sure. Comparing the squad to Italy and Turkey, I think Switzerland could find those ties quite tough. However, I do wonder if they will fancy a shot at Wales. Granted I say all this in the full knowledge they waltzed through the Qualifiers and suffered only a narrow loss away to Denmark. You don’t do that with a half-baked team to hand. Could Switzerland actually be the 2020 version of Greece?!

When we get to Game 3, Italy will be qualified without any stress and will field a rotated squad against Wales; oddly enough in Rome. Turkey, on 3 points will need a result against Switzerland in Baku who won’t have a clue what time it is given they’ll be travelling (presumably) from Switzerland, to Baku, to Rome, then back to Baku for the final game. That’s madness! Good job the Swiss make reliable watches I guess. By Sunday 20th June, Italy will have 3 wins from 3 and finish top. Turkey will finish 2nd on 6 points while Wales and Switzerland will bow out gracefully on 1 point each.