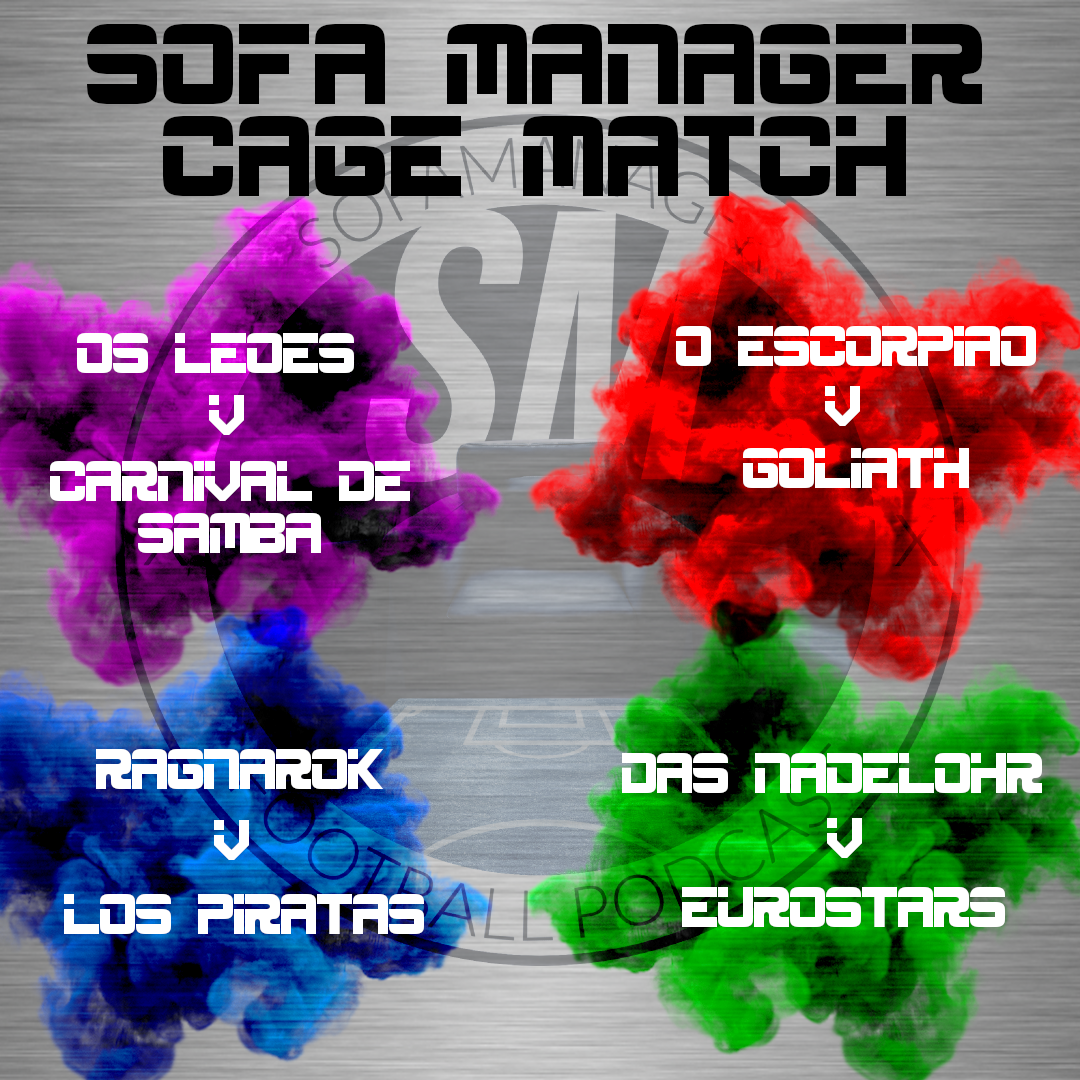 For those of a certain age you may remember a certain Nike advert involving some of the greatest players in the world at the time. Airing in 2002 in the build-up to the FIFA World Cup in Japan & South Korea, eight teams of three players battle in a one goal wins cage match. The advert starred the likes of Totti, Thierry Henry, Rio Ferdinand, Figo, Roberto Carlos and the lord god almighty Ronaldinho.

Exceptional isn’t it. Certainly don’t make adverts like that (or footballers, really) and it gives us all the nostalgia vibes for FIFA Street. It’s gotten us thinking at Sofa Manager HQ; if Nike were to re-make the advert and if we were to exclude brand allegiances what would the teams look like and above all else who would win. We’ll say up front that for the avoidance of a Ronaldo v Messi argument and inevitable final with either winning, they’ve been excluded. They can be the Cantona figure in all this because lets be honest they are the Greatest of all Time.

To put the teams together I (John) picked eight of the best ‘tekkers’ defenders, midfielders, and strikers I could think of. So there might be a few players you think should be there and I’m sure there will be players you think shouldn’t be. That’s the beauty of the Cage. And so without further ado – and to cover the subtle shambles from the Podcast this week – lets introduce the teams!

Comprising of Virgil Van Dijk as the defender, Luka Modric as the midfield maestro, and Neymar as the street-skilled forward. I dare say the sole purpose of Van Dijk and Modric will simply get Neymar into a bit of space and give him the ball. Don’t do anything crazy, just give it to Neymar and let him go for it.

This is an interesting team and the first without a centre-back as the defender. Instead we’re looking at Marcelo bringing some insane swagger from the back. We then have Paul Pogba as the midfielder and we all know he loves being the centre of attention – the ultimate 5s player really. Strangely, the weakest player is maybe Edin Hazard. I don’t mean that as Hazard is not a great player but he’s fallen off the radar lately at Real Madrid. Maybe a cage match is what he needs to get back up to speed?

Great name for a cage match team, just saying. Now, ehm, there’s a few choice players in this team I need to justify. First of all there’s David Luiz as the ‘defender’ of the side. I agree in the real world of football David Luiz is not a good defender at all. However, consider him in the realms of Futsal and my word what a player Luiz could be! It’s the hair, all in the hair. And that leads on to the next slightly bizarre pick in Allan Saint-Maximin. Please disregard the fact he’s playing in comfortably one of the worst Newcastle teams in memory. Saint-Maximin is going places in a slaloming fashion in the next few years – a credit to the streets! The attacker in the side is none other than Erling Haaland to finish off the mad skills from Luiz and Saint-Maximin

Being completely unbiased I think this is the best combination that’s came out the draw. Plenty of experience from all three of Sergio Ramos, Marco Verratti, and Robert Lewandowski. Loads and loads of trophies and some suave play from this trio. Why Los Piratas? I’m convinced in another life Sergio Ramos was a Caribbean Pirate.

A Scottish player?! Really? You serious, bro? Of course, in fact I ask you to name a better left-back in the world in Andy Robertson. So much energy and passion from wee Andy in a Liverpool shirt. In a cage team with Bruno Fernandes and Antoine Griezmann its perhaps not the most physical but certainly a nippy side that could run rings round a more stodgy side.

If you’ve listened to the podcast before reading this you’ll be confused about this particular team. In the podcast one Hatem Ben Arfa is selected. However, after much abuse and bemusement from Paul he has been replaced by Ivan Perisic. Partly because of peer pressure, mostly because I forgot about Perisic and needed another Serie A figure. Nevertheless I’m sure you’ll agree that Goliath now looks way more formidable with the Inter playmaker linking up with Thiago Silva and Mo Salah. That’s a classy looking team!

German for Eye of the Needle, das Nadelohr rely on the precision of David Alaba, Kevin De Bruyne, and the man himself Zlatan Ibrahimovic. In the tight spaces of The Cage there can’t be many better players you’d want than De Bruyne in there for those laser accurate passes. David Alaba has always been a sensational athlete for Bayern while Zlatan is, ehm, Zlatan.

And finally our last team of The Sofa Manager cage tournament. Eurostars start with Heung Min Son from Spurs, through the channel to Mbappe in Paris, and on to the glamour of Jordi Alba in Barcelona. Quite a decent team particularly with Son and Mbappe at the more flair attacking pair and Jordi Alba has always been a favourite of mine in the recent exceptional Barca sides. A fine couple of arguments to be had over the next few weeks!