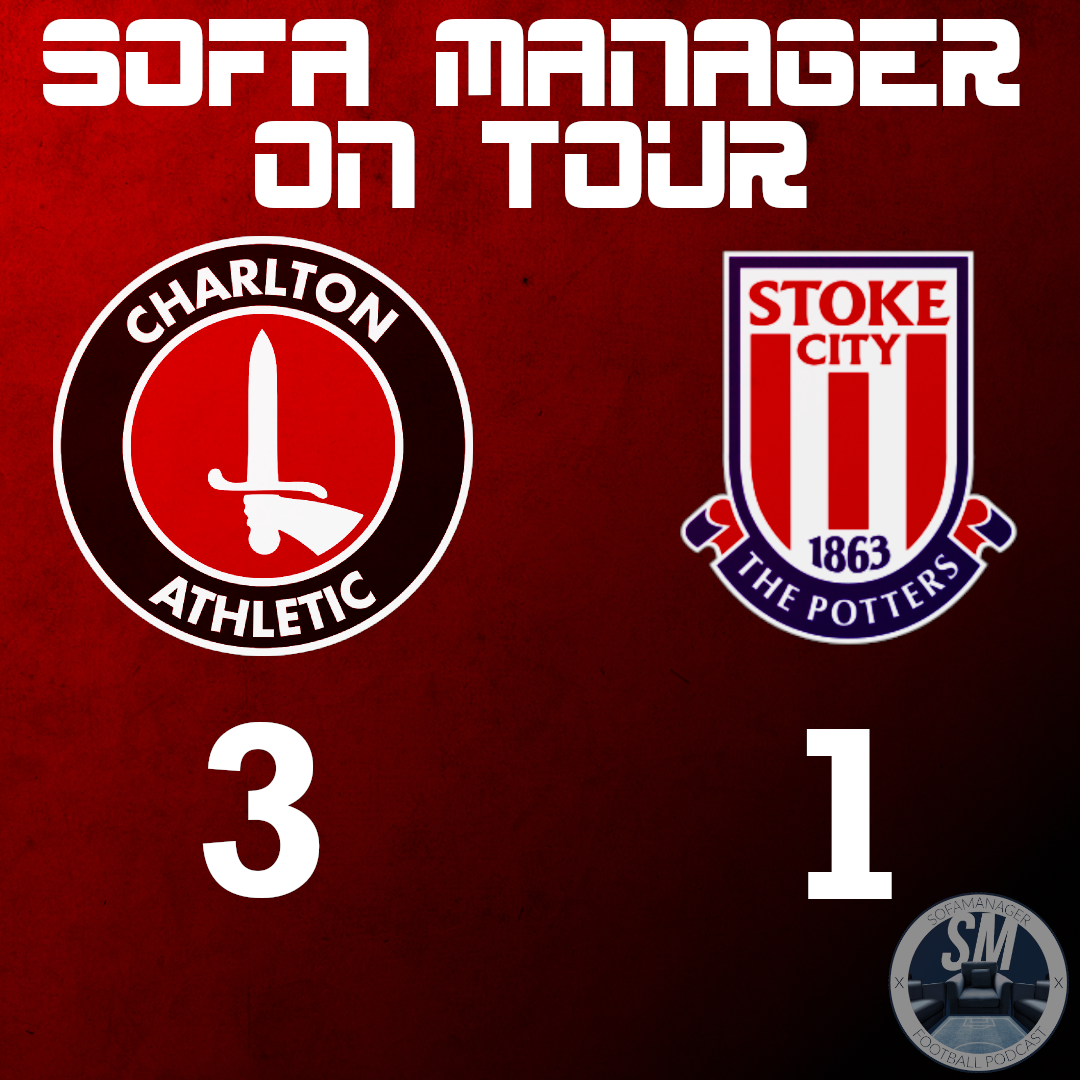 Hard to believe it’s 10 months since I moved to London. It’s even harder to believe the last 10 months Charlton have had. This time last season they were tipped for a mediocre, at best, season in League 1. But, with the guidance of Lee Bowyer, they were outstanding from start to finish with last season culminating in play-off glory at Wembley. It really did happen and I was there to see it. So there was absolutely no way I was missing their Championship home opener against Stoke City.

Charlton came into the game in high spirits. They had managed an opening day win away to Blackburn thanks to Ben Purrington and Lyle Taylor. And on the subject of Taylor, the club managed to hold onto their talisman after interest from Brentford was dismissed on deadline day. But could they stave off any jitters in their first home game of the season? Well that would depend on the visitors.

Stoke are a shadow of the Mark Hughes ‘but can he do it on a cold Tuesday?’ mantra. They finished in mid-table mediocrity with a decent squad but couldn’t keep pace with the other Championship big-hitters. Some expect them to get back to challenging for at least the play-offs but after their previous 2 performances that’s looking a tough ask. Beaten at home 2-1 against QPR should’ve brought a reaction.

And for the first 10 minutes or so, it did. They managed to slightly subdue a raucous home crowd but after Charlton’s first real attack they began to sit a little deeper and try hit on the break. For Charlton, they did start a little sheepish as they tried to gauge their opposition and gave Joe Allen in particular room to dictate. But they grew into the game and after 25 minutes took the lead. A bit of direct play had Taylor on the offensive and as he cut in, his driven shot caught Butland wrong-footed with the ball blasted through him.

Good goal but dodgy goalkeeping. Charlton looked decent for their lead but Stoke still had an appetite for the game as they nabbed an equaliser before half-time. Tom Ince latching onto a flicked header and from about 35 yards lasered a wonderful strike to make it 1-1. I think a draw at half-time was just about fair. While Charlton had a few half-chances, Stoke had rattled the woodwork and looked threatening when Allen was given space.

But that all changed in the second half where Stoke fell away. For me, it was the right subs at the right time for Charlton that won the game. From what I seen of Charlton and Bowyer last season, the manager has a terrific understanding of his side and reading of the game. He knew he had to get more support up to Taylor (who was drifting in and out the game) and the introduction of Aneke for a solid enough Jonathan Leko made all the difference.

Within a couple of minutes of the change, you could see Stoke were stretched at the back with Taylor and Aneke proving a handful. By the 75th minute, Charlton took the lead. The ball broke to Aneke where he kept his composure to curl low past a few Stoke defenders and a helpless Butland. Queue utter scenes in the home end! Just about deserved and gave the whole place a lift at a crucial time.

The final, clinching goal came in the 83rd minute with a corner taken right from the training field. With the corner played low to Taylor at the near post, his guided flick landed neatly at the feet of Gallagher to net the winner. Really well executed by a team thriving to the challenge of the Championship.

I was really impressed with The Addicks throughout the game. Yes, they were under a bit of pressure in the early stages and could’ve decided to sit back and hope for a break. But they didn’t they took the first few minutes to settle and work out how to break down Stoke. Likewise when Tom Ince blasted an incredible equaliser (honestly go find it on YouTube) it could’ve taken the wind out their sails. They kept their composure and belief they could still get something from the game.

And that belief comes from some of the core players from last seasons enthralling success. Dillon Phillips in goal, Jason Pearce at the heart of defence, the sensational Pearce and Williams driving the midfield, and of course Lyle Taylor leading the line. I also thought young Conor Gallagher really grew into the game and deserved his goal while Aneke once up to speed will be a real force in attack. There’s going to be some really exciting games ahead for Charlton and who knows, maybe the Reds are going up, AGAIN!  But every story must have it’s fall guy and that’s Stoke. I seen them a few times during their Premier League tenure and were a shadow of that side; it must seem like a distant memory now. Tom Ince was lively and got the equaliser but to me was a bit petulant. Joe Allen did ok but kept drifting wide where he was less effective. But most worryingly for Stoke is the lack of anything up front. Particularly in the first 10 minutes they had some decent breaks down the right side but nothing to aim at and no killer pass. Extremely early in the season but they’ve lost to two sides – if they’re not careful – who could finish above them.