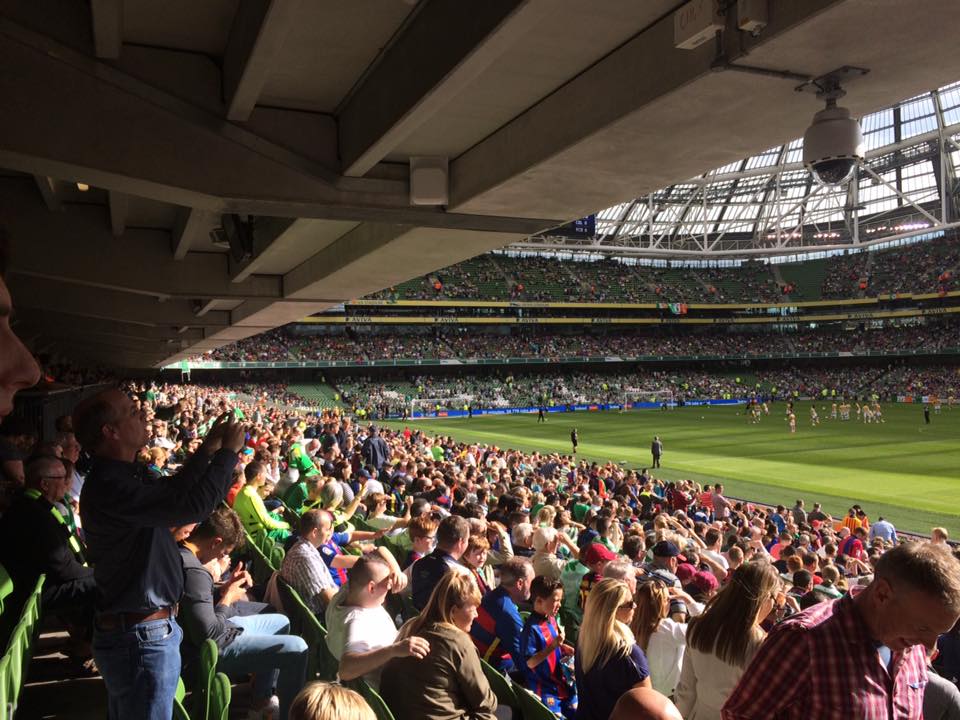 This is an article from the archive of 2nd August 2016

There’s nothing we enjoy more at Sofa Manager than going on a footballing adventure. A proper Away Day as it were. Over the weekend Paul, Darren, and myself embarked on a crazy 24 hour trip to Dublin for the International Champions Cup tie between Celtic and Barcelona. Let’s be honest, how often do you get the chance to live it up on the Emerald Isle, a sing song in Temple Bar, and the fitbaw in between. Magic!

Leaving at ridiculous o’clock on Saturday morning the three of us arrived absolutely buzzing for the game but first we made a detour to the Guinness Storehouse (highly recommended) and took in the real culture of Scotland’s Celtic cousins. The tour is really good but the temptation of a cool refreshing pint at the end of the tour kind of makes you rush through a little but it’s totally worth it when you reach Gravity Bar. Enjoying our first drink of the day, the Guinness bar offers a breath-taking view over Dublin and in the distance the Aviva Stadium blends into the overcast skyline. Destination football.

The Aviva Stadium for all its grandeur is a little out of the city centre and when you do arrive I’d advise you brush up on exactly where you’re sitting and what walkway to take. We unknowingly ended up at the wrong entrance (there was no indication in our defence) and had to fight against the flow of green and white shirts to the other entrance. Finally making it in we found ourselves in the bottom tier of the East Stand and some cracking views onto the pitch where the Barcelona team were finishing up their warm up. Now, I’ll admit I don’t follow a huge amount of Spanish football but Darren does and is a big Barca fan so knew the team well but spotting Messi with his new blonde hair wasn’t tricky. I reckon Messi has indeed dyed his hair so it is much easier to spot him as if his sheer talent wasn’t enough to separate him from the rest.

The game starts and there’s a healthy support in the ground and a surprising amount of Barcelona fans (if they actually were from Barcelona and not Costa del Liffey) and the expected domination of Celtic supporters. It made for a good atmosphere considering it was a friendly and both teams didn’t field full strength sides but the skill of Messi and the threat from Suarez was enough to give Barcelona an edge over Celtic and in the end finished 3-1 to the Spanish champions. It was obvious Celtic had their European campaign in mind but Griffiths stood out as a class act for the Hoops as did Roberts who made, ironically, some Messi like plays and looked very impressive.

For my first game outwith the UK since seeing LA Galaxy at home to Vancouver Whitecaps many moons ago I loved it. The whole day was superb from start to finish and a trip to the Norseman in Temple Bar District rounded of a day that will not be forgotten quickly. The Sofa Manager lads are looking at our next trip abroad and Italy is high on the list but for now at least, I will be back at The Falkirk Stadium on Saturday to watch the Bairns kick off their league campaign at home to Hibernian……yeah I’d rather be back in Dublin too!